Fermented food has been a mainstream in human diet for thousands of years. Nowadays we live in a different pace and have switched our life styles to fast-food-live mode. That leads to practicing non-healthy diets which leads to poor gut health which is the root of many health problems.

We challenge you to reflect about your diet and do some kitchen experiments with your kid(s). Let’s do fermentation, learn by doing it and make your own healthy yogurt at home.

Plan is to use fresh milk and perform series of very simple and organic steps transforming milk into yogurt. The milk is heated (this is called pasteurization) and a specific bacterial culture (yogurt starter) is added and left to ferment in a controlled environment at a controlled temperature for a specific length of time (this is called incubation). Voilà! Now you have yogurt.

Essentially yogurt is the product of beneficial bacteria fermenting milk, turned into a thickened, acidic food that will stay consumable for longer. In this process, the thick homemade yogurt becomes a kind of medicine teaming with millions of gut loving bacteria. The living bacterial cultures in yogurt are called beneficial bacteria, because they support digestion and are nourishing, and are not pathogenic (harmful) bacteria that can cause disease. These beneficial bacteria are called probiotics (Lactobacillus bulgaricus, Streptococcus thermophilus). When we eat homemade yogurt the probiotics support our digestive system’s native beneficial bacteria and also helps prevent bad bacteria from getting out of control. This is a core of our immune response based in the gut.

How to make yogurt starter?

Explanation: Fresh milk is an example of a colloid, consisting of fat and protein particles floating in a water-based solution. The protein molecules, mainly casein, repel each other so they naturally distribute evenly through the liquid. When the pH is lowered (adding lemon juice) the protein molecules stop repelling each other. This allows them to stick together or coagulate into the clumps known as curds. This is perfect environment for bacteria to use lactose (milk sugar) from milk and to grow and reproduce.

The bacteria living in milk naturally produce lactic acid as they digest lactose so they can grow and reproduce. This occurs with both fresh and pasteurized milk. You won’t notice the effect on flavor until enough acid has been produced. 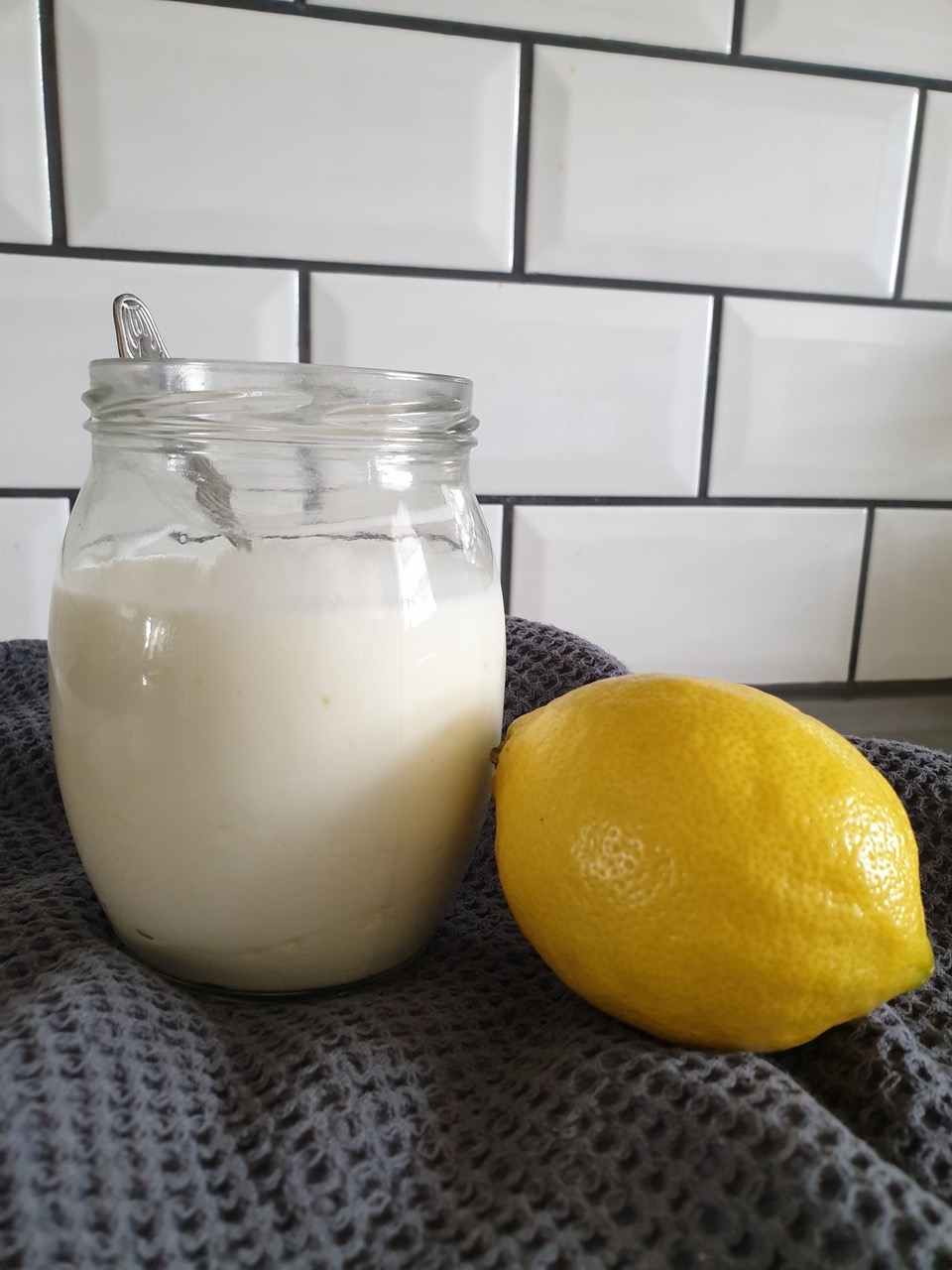 How to make you healthy yogurt (no sugar, no salt no additive added)?

Step 2. Fermentation. Cool down the milk until it reach 45°C, add yogurt starter and mix it.
Add a small amount of yogurt starter to warm milk, and the bacteria in it multiplies, consuming lactose and turning it into lactic acid.

Step 3. Incubation. Put the mixture into clean glass jars with a lid and leave bacterial culture to reproduce and replicates themselves and make a beautiful healthy product for you. Do not shake them or open the lid. Leave them to enjoy incubation (about 8-10 hours).

Step 4. Degustation. Taste it! Experiment with protocol and find your best taste in future attempts.

A bit of history…
Yogurt was staple in diets of people in Central and Western Asia, Indian subcontinent and in South-East and Central Europe until 1900s. Bulgarian student of medicine in Geneva, Stamen Grigorov (1878-1945), first describe yogurt micro flora in Bulgarian yogurt samples. In 1905 he described yogurt bacterial cultures as spherical and a rod-like lactic acid-producing bacteria and in 1907 he called them Bacillus bulgaricus (now Lactobacillus delbrueckii subsp. bulgaricus).